Anurag Singh Bohra Fake News
‘Amid border tensions with China last month the government has banned as many as 59 Chinese apps, including popular ones like TikTok, ShareIt and UC Browser.’ 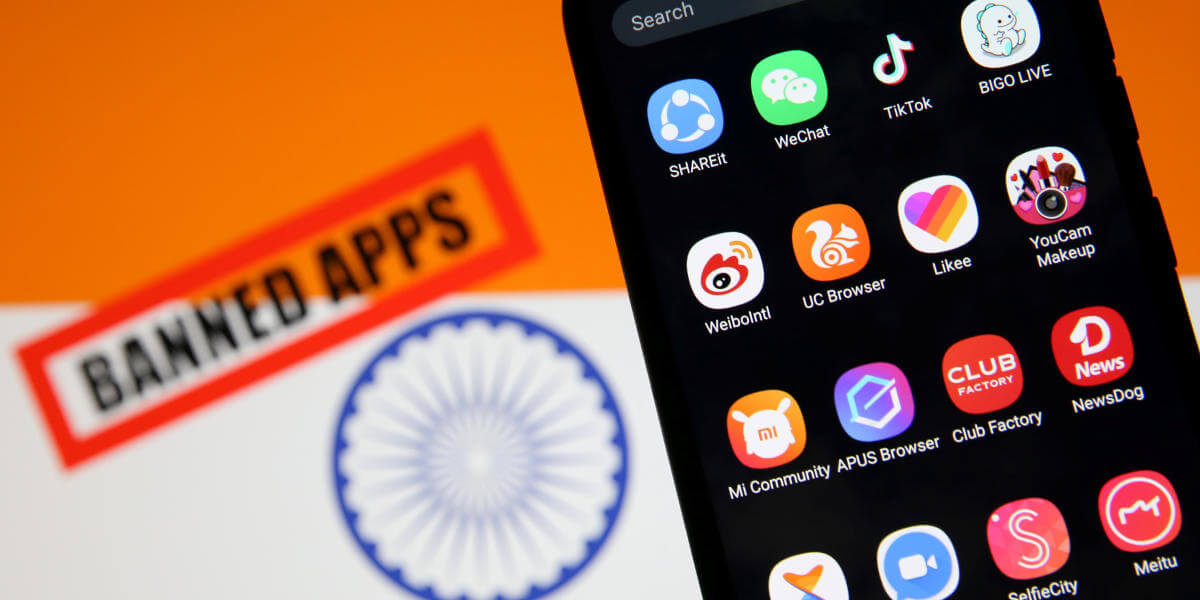 According to a report by news agency PTI quoting sources, the Indian government has banned 47 more Chinese apps which are apparently clones of 59 applications that were banned earlier. The sources claim an order to this effect was issued on Friday, July 29, 2020.

Tiktok Lite, Helo Lite, SHAREit Lite, BIGO LIVE Lite and VFY, etc are among the banned apps. However, the list of banned apps wasn’t immediately available and there is no official confirmation yet. While the team of Social Media Matters works towards safe Internet, Arnika Singh, Programme Manager at SMM, advices users to be patient and wait for sometime before reacting on the app ban. She says, “A lot has been discussed around banning of the Chinese apps and their clones now. As an advice to the users I would like to say that we need to wait for a bit before getting anxious and angry about the ban and indulging in mischievous activities.” She further adds, “I understand that these apps and social media become an integral part of our lives. The discussion is on and we need to relax a bit before we follow any heated discussion going around this."

Amid border tensions with China last month the government had banned as many as 59 Chinese apps, including popular ones like TikTok, ShareIt and UC Browser. Rayyan Yunus, Research & Training Associate at SMM feels not just the Chinese apps but European and American applications have also been scrutinized for their data mining policies in their home countries. He points out Chinese apps couldn’t be solely held responsible as a threat to our privacy. He quotes, “I want people to understand that American - or European - incorporated companies (e.g. Facebook, Uber and Amazon) have come under similar scrutiny in their home countries and by international agencies for their data mining policies.”

The ministry of electronics and IT said that the banned apps are prejudicial to the sovereignty, integrity and defense of India. Pratishtha Arora, Programme Manager at SMM believes the Chinese app ban is a result of the present geopolitical scenario and advices on the need to be aware of misinformation. According to her, “the Chinese apps and the ban over them is a result of the Geo political situation that we are facing at the moment. It is best to create some space for discourse on this but constructively.” She further adds, “The users need to be informed and the authorities should make them understand the situation in a better way. Misinformation can easily spread in such situations.”

Vikram Singh, Web Manager at Social Media Matters points out the threat of fake apps on data security. He warns users to be alert while downloading any app that could be detrimental to their data privacy. He also feels the government needs to address the issue and its future plans to internet users. If the users are well informed then there’s less scope for fake narrative and abusive online behavior. He also advises users to stay away from online trolls.

According to Indian government officials Chinese short video platform TikTok has recently offered to set up an engineering centre for designing and developing products in India while reiterating its plan to setup a local data centre in a letter to the government. TikTok’s US based CEO, Kevin Mayer, who wrote to electronics and IT minister Ravi Shankar Prasad on the Chinese apps ban over concerns of national security, has also sought a personal meeting to explain the data – sharing practices of the ByteDance – owned platform.

Dr Ashish K Das, Director Research at SMM says, “Prima facie it looks as a reactionary move amid the tension on India-China border. These Apps ban are reasoned for violation of data, privacy and security including the national interest and security under Section 69A of the Information Technology Act.” He further adds, “The issue of data, privacy and security breach however is subject to analysis of any App irrespective of its origin. But there is certainly trust issue with Chinese product be it software or hardware, App or toy and crackers, among the Indian psyche. And this has got amplified as the political symbolism of protest to boycott from time to time with a strong sense of Nationalism and now urge to build Atmanirbhar Bharat. At the same time there's seems a Digital Superpower race between American and Chinese tech industry to capture the Indian market having mass user base in billions.” Ashish also points out, “So the big question around the #BigTech remains that is it about choosing the lesser evil or a learning for all to fix the (un)intended bug to gain confidence among the netizens since the online safety and privacy matters.”
Copyright © 2022 Social Media Matters. All Rights Reserved.