There is not enough information about tweens’ experiences with cyberbullying. Since, COPPA (Children’s Online Protection Act), in effect (not technically) created a “minimum age” for youth social networking. So, largely the research has focused on young people aged 13 +. 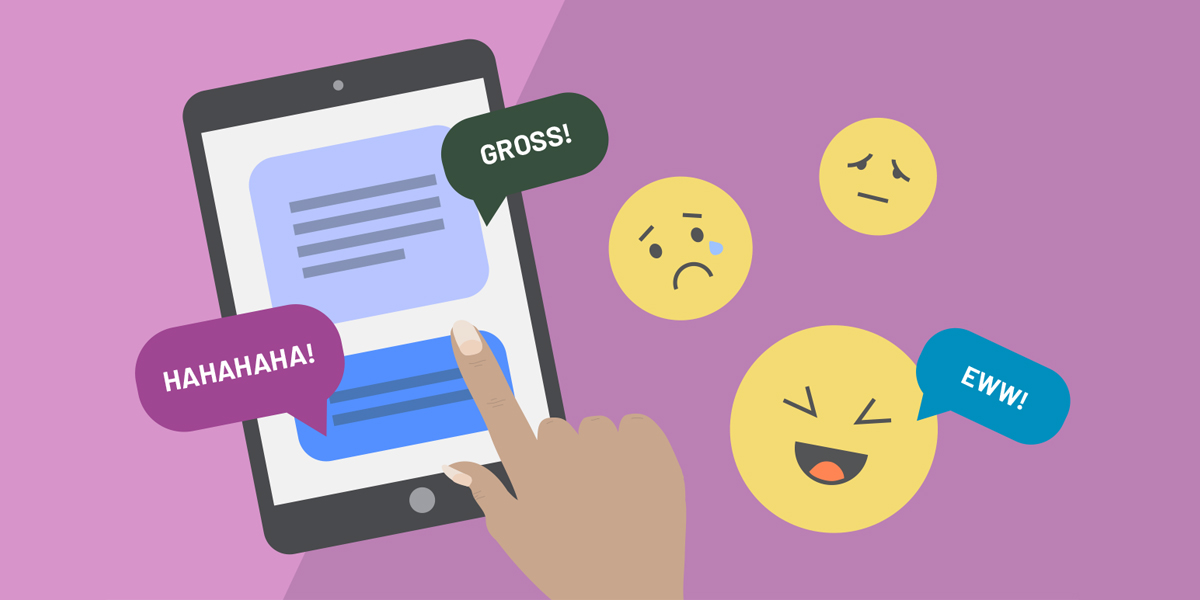 Research partners Prof Justin Patin and Prof Sameer Hinduja of the CRC surveyed a “nationally representative sample of 1,034 tweens (9-to-12-year-olds).” According to Cartoon Network’s report on the survey only 14.5% tweens admitted to have been cyberbullied, while most of them said they had been bullied at school. Nearly 70% tweens said cyberbullying affected their feelings about themselves while one – third said it affected their friendships. 13% and 6.5% tweens admitted it impacted their physical health and schoolwork respectively.

As per the survey there were not much differences based on gender. While 60% tweens admitted blocking the person behaving badly helped, over half said telling a parent was helpful. Nearly 29% agreed to have reported in the app or just taking a break from the device. Only 11.8% said it helped report the cyberbullying to the school.

Nearly two thirds of the tweens said they helped someone who faced cyberbullying while 30% said that they had done so many times. According to Cartoon Network’s survey 90% of US tweens use social media and gaming apps. As per the report smartphone ownership explodes in tween years as from 21% of 9 year olds to 68% of 12 year olds.

Nearly two thirds of the tweens said they helped someone who faced cyber bullying while 30% said that they had done so many times. According to Cartoon Network’s survey 90% of US teens use social media and gaming apps. As per the report smartphone ownership explodes in tween years as from 21% of 9 year olds to 68% of 12 year olds.

Based on the Cartoon Network report parents were suggested to listen to their kids and have an open conversation in case the latter were facing cyberbullying. In such cases parents need to be more compassionate in understanding the feelings and experience of tweens in such situations. It is important to discuss and encourage children on taking the lead in order to rebuild their confidence and boost their morale due to online bullying experience. Prior to taking any step such as speaking to the bully’s guardians or meeting the school principal, it is important to make sure tweens are at ease and know their perspective as well. Amitabh Kumar, Founder, Social Media Matters feels, “CyberBullying is a major issue amongst youth in India, we saw a glimpse of it in Online classes. Where students were constantly prancing their teachers, sometimes even going to the extent of sharing pornography during live sessions. We need to get started on cyber etiquette curriculum and help students understand norms of the Internet.”

According to findings by Prof Ian Rivers in UK, the powerlessness or helplessness that young people feel in case of online abuse is “the single most significant predictor of suicide risk” and mental health problems. In times of rising depression and anxiety it is crucial to develop self – confidence among tweens and encourage them to be kind towards themselves and others. Cultivating healthy internet habits or positive cyber etiquettes among tweens could be helpful in creating a conducive digital ecosystem.
Copyright © 2022 Social Media Matters. All Rights Reserved.