Patterns of Internet Usage Among Youth in India

Social Media Matters Wranga Digital Parenting 19 July 2021
As per a report by Statista, the internet penetration rate in India saw an elevation of up to 45% in 2021 from a very minimal penetration rate of 4% in 2007. While 4% seems low, it implied that nearly half of the country’s population had access to the internet that year. India has been ranked second after China, in terms of internet user count which stands at approximately 560 million internet users in the country. A major part of this internet usage is consumed by the young individuals who have easy access and knowledge of using internet-enabled devices even in the remote regions of the country. 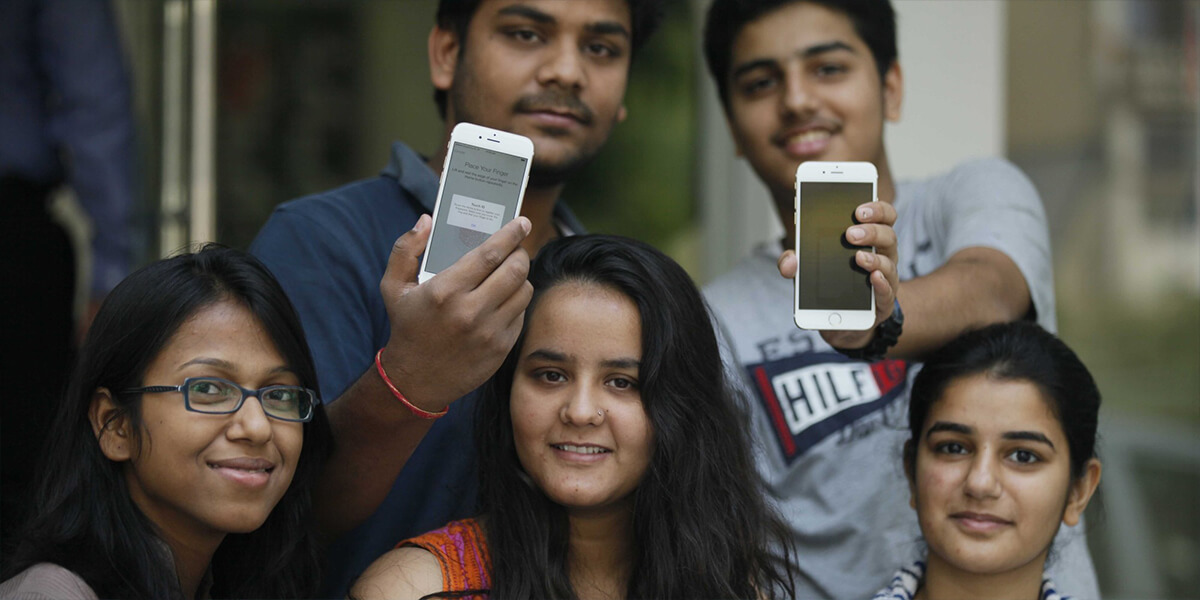 According to a report by the Institute for Governance, Policies & Politics, Social Media Matters and Youth Online Learning Organisation which is centered around the “Patterns of Internet Usage Among Youth in India”, over 85% of young kids have a smartphone of their own. This means that they can access the internet and social media services at any time, helping them to connect with people across the globe. The study also reveals that the primary source of internet usage is mobile phones and thereafter, youngsters use computers/laptops. It reveals that within the age group of 18-25 years, around 86% of youngsters consume internet/social media through mobile phones. This outlines how increased mobile phone availability has led to more internet usage.

How Much Time Does Your Kid Spend Online?

The study reveals that most youngsters spend more than 5 hours on social media/internet consumption. The sad reality is that most of the time out of these 5 hours is used for social media scrolling on various apps that have vast content which seems to be never-ending. The remaining time is consumed for academic purposes or recreational activities. There is a very small proportion of youth that indulges in online gaming activities.

On the positive front, today social media also opens a plethora of opportunities for young minds that want to create creative and engaging content. For several individuals, social media has become a source of income and revenue generation through endorsements and online promotions. Additionally, during the past two years when the country has been fighting a pandemic social media has proven to be a great stress buster for many.

Reflecting on the effect of social media, Amitabh Kumar, Founder, Social Media Matters adds, “Social media has evolved into a skill set, I believe the ability to express your ideas to a large audience via the various emerging cyber mediums is going to be an essential skill set for young people in the future ".

However, spending several hours on social media can lead to several issues such as social media addiction, low self-esteem, setting unrealistic goals, etc. The popular gratification theory reveals that media of any form be it social media or broadcast media, is used in a goal-targeted way with the primary purpose of gratification and need fulfillment which has resemblances with addiction.

Changing Trends Among the Youth

The report on “Patterns of Internet Usage Among Youth in India”, further reveals that there has been a drift from the popularity of social media platforms. Those within the age group of 18-25 years, spend approx. 74% of their social media time on Instagram rather than Facebook. The trends in the report reveal that Facebook is a preferable option for people above the age of 40.

The study also reveals that YouTube has now lost its charm and most of the youngsters prefer to watch content on OTT platforms such as Amazon Prime, Netflix, etc.

What Can Parents Do?

The above statistics reveal that the usage of social media/internet is constantly evolving and with it, several concerns are on the rise, such as data privacy, data theft, cyberbullying, etc. In such times when the young minds are floating with the wave of social media, the parents must keep a check on the consumption patterns of their child and guide them to do what is best for their future.
Copyright © 2022 Social Media Matters. All Rights Reserved.