Tanushka Tiwari Wranga Digital Parenting 26 November 2019
“There is no recipe, there is no one way to do things — there is only your way. And if you can recognize that in yourself and accept and appreciate that in others, you can make magic.” - Ara Katz, Chief Marketing Officer at Spring

Recently researching for my current pitch for Digital Parenting, I came across a website called CafeMom. It's a platform that came into origin by Andrew Shue along with his childhood friend Michael Sanchez in 2006. What gave it a push was he saw his wife, and a new mom, struggling and counting on other women. According to Nielsen Online, at the time, more than 28 million moms between the age of 25 and 54 with children under 18 used internet. A social networking with 1.7 million+ members swapping tips on diaper rash, parenting or share their views on sex, politics, entertainment and anything else that springs to mind. It emerged to be the stage for modern moms seeking information and connection - a place to find both. It holds no expert advice or parenting pundits but a place where moms trade information and confessions. This was created for the community's real need at the time it was required. 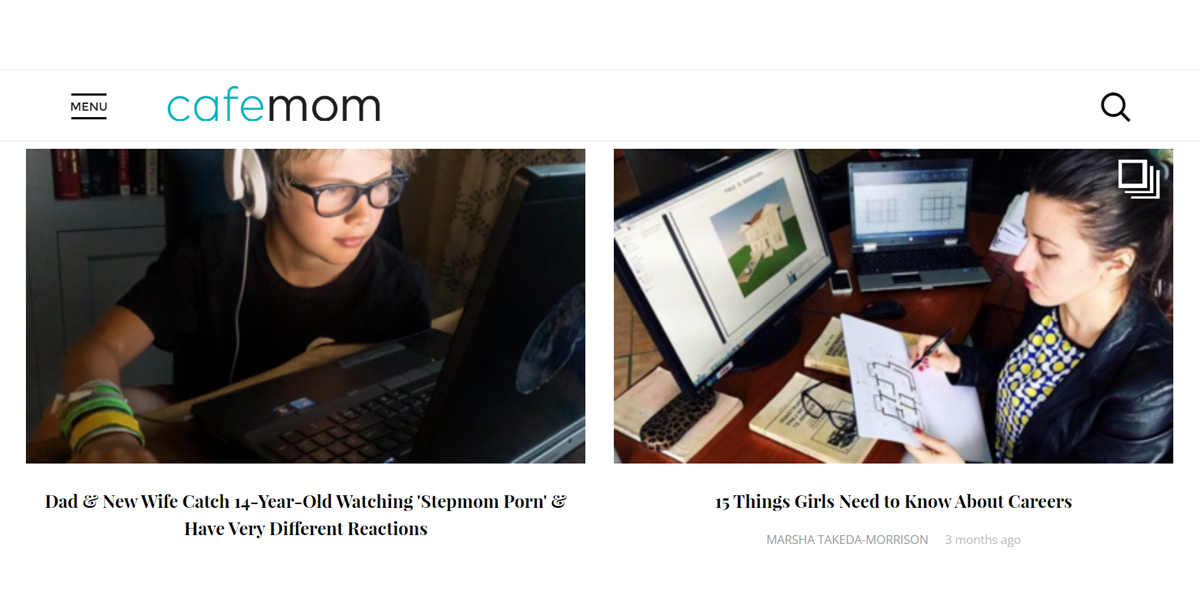 If we look into the explanation for the creation of the website and its utility, it created a platform for mothers and mothers-to-be sharing tips & tricks via blogs and articles discussing the dilemmas around it. Further looking into the idea of the website, gave rise to an idea of bringing it to India by developing something similar!?

India is largely a laid back country (well of course according to the verified sources) with its total Female Population being 48.20 %, Literacy Rate Census 2011 where female literacy rate accounts to 65.46%. Creating such a wholesome idea of an online open platform to discuss varied matters and ideas that possibly might not come into the moral criteria of Indian society, and thus making it tough for anyone initiating such aspiration.

There are various reasons both for why it should be giving a hands up and how it could fail or won't be appreciated with regard to the total percentage of female internet users. Statistically, only 30% in India compared total number of internet users, that is, 87%, according to the report by Internet and Mobile Association of India (IMAI) published in February 2018, by BGR News.

Given that creating such a platform and its successful running nationwide will be the joint contribution of the literacy rate among females, their accessibility to the internet, and the openness of their mind to go beyond the so-called marked line of traditional notions of communication, help, and information.

Regardless of achieving good quality higher education, being bought up in typical Indian household nothing can help but their willingness to gain help and advice from a more open platform with better communication. And to be clear, a better mindset of the surrounding family is always an addition.

Mothers' role in quality, healthy and smart upbringing, safety and monitoring of their child is considered to be the prime. In the digital era where children are 24.7 technologically equipped and are guided by the same, it becomes necessary for a mother to not only be smart but to be seen smart too. When from decades it is evident that mothers are the easiest to get outsmarted why to have a complaint on parenting or on mothers itself if the child goes wrong or in danger to any physical or digital harm.

So why not rather pave the way for one such platform that brings moms and any other women on one stage and gives numerous ideas and talk and read about various issues about which they don't get to talk about to anyone with ease in her surroundings. A place where they could just update themselves with the fast running world outside in a matter of a few minutes while sitting on their office desk or at home. Know the fashion, lifestyle, parenting dilemma, news, running in latest by trends.

Making it at the least, little helpful to coordinate with their children's' demand and how their mind works. Because let us not forget a teenager's mind goes like a horse with blinders, sees and runs towards only what they have directly seen in front.

If we just focus a bit and look around, despite the class from a woman comes and what is her educational background all are partially restricted and also in access to the modern outlook and technology mostly held back by the lazy old-style techniques for anything that requires them to go out of the way, in the name of culture and values, either by the family, society, or by themselves.

The platform if commenced with the right direction and motivation from both the ways, that would be the content created and its audience, can be proved to be resourceful for both the working and non-working mothers, mothers-to-be or even be any other random women.
Copyright © 2022 Social Media Matters. All Rights Reserved.