Anurag Singh Bohra Wranga Digital Parenting
For effective digital parenting there needs to be a proactive approach towards digital self harm.

The pandemic which limited physical movements across the globe has created a concern for cyber crimes. Since, Work from Home (WFH) and online classes were adapted as the new normal, especially in Asian countries like India. Around 9.2% of 630 adolescents in India’s Delhi – NCR admitted to having faced cyber harassment and half of them didn’t report about it according to a study by an NGO, Child Rights and You (CRY) in March 2020. According to National Crime Records Bureau’s data there was a 25% increase in cybercrime cases from 2017 – 18. 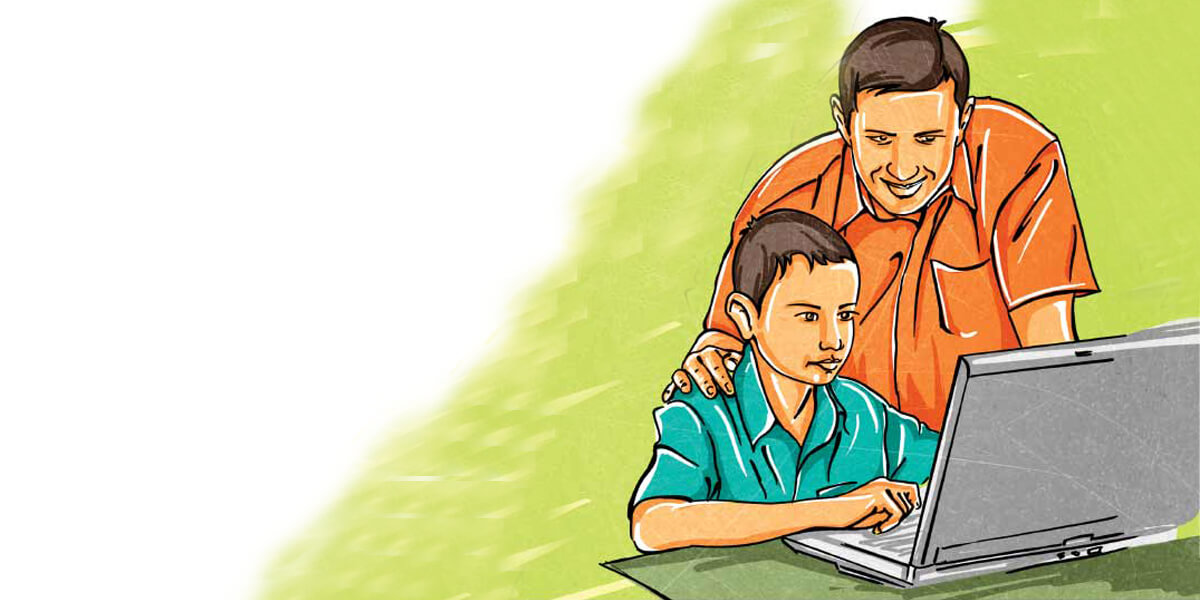 As the cyber ninjas, millenials, parents and mentors were preparing themselves to tackle cyber bullying of tweens and teens. A new threat of digital self harm has emerged. In the West it was identified in the early 2010s. In one of the earliest reported cases of digital self-harm in 2013, a 14-year-old from England named Hannah Smith had engaged in negative posts before she took her life. Smith had been a victim of bullying. As mentioned in CRY’s study 1 in 10 Indian adolescents face cyber bullying yet 50% prefer not reporting about it.

A study by Ryan Meldrum using data from the 2019 Florida Youth Substance Abuse Survey, highlights 1 in 10 middle and high school students said they have engaged in digital self-harm in the past year. Around 10% of a pool of 10,000 students surveyed in grades 6-12, including 6% who said they engaged in the behavior in the past 30 days. Two researchers – Sameer Hinduja at Florida Atlantic University and Justin Patchin at the University of Wisconsin-Eau Claire – joined Jacob T.N. Young at Arizona State University in helping co-author Meldrum’s study. Both Hinduja and Patchin are co-founders of the Cyberbullying Research Center.

Although digital self harm is a universal challenge for parents or guardians, there needs to be a war level mechanism to confront the issue in India. When it comes to awareness on gender issues, mental health, online safety, cyber crimes, etc, the Indian masses need to be educated regarding the same. For effective digital parenting there needs to be a proactive approach towards cyber self harm. In a 2017 survey by Cyberbullying Research Center on 5600 middle and high school students it was found that 6% “anonymously posted something about themselves that was mean.” This makes it essential for parents and mentors to make sure children aren’t going through depression or any kind of substance abuse that often affects the human psyche.

Mere workshops on cyber safety and counseling by guardians and mentors aren’t enough to protect kids from online self harm. It is important to have positive engagement for effective digital parenting and mentoring. The digital detoxification of children is necessary. It does not imply banning kids from using smartphones, apps or digital media. But it could be helpful in limiting the screen time by engaging adolescents in Yoga, meditation and indoor workouts. Getting involved in fitness exercises, playing dumb charades with family could reduce stress and anxiety. By spending time with children parents get to know about their internet habits and inculcate cyber etiquettes in them. Digital self harm might be a new age threat, but it could be resolved by participation of parent teacher organizations, civil societies, cyber activists, government and kids.

Social Media Matters has been conducting “Wranga Digital Parenting Workshops” to create awareness regarding growing cyber security threats and online bullying among parents, mentors and kids. SMM aims at keeping users informed about the new media technology instead of opposing internet use. It aims at digital sensitization and making people realize that online engagement is a social reality. The only way to deal with cyber crimes is through awareness.
Copyright © 2022 Social Media Matters. All Rights Reserved.