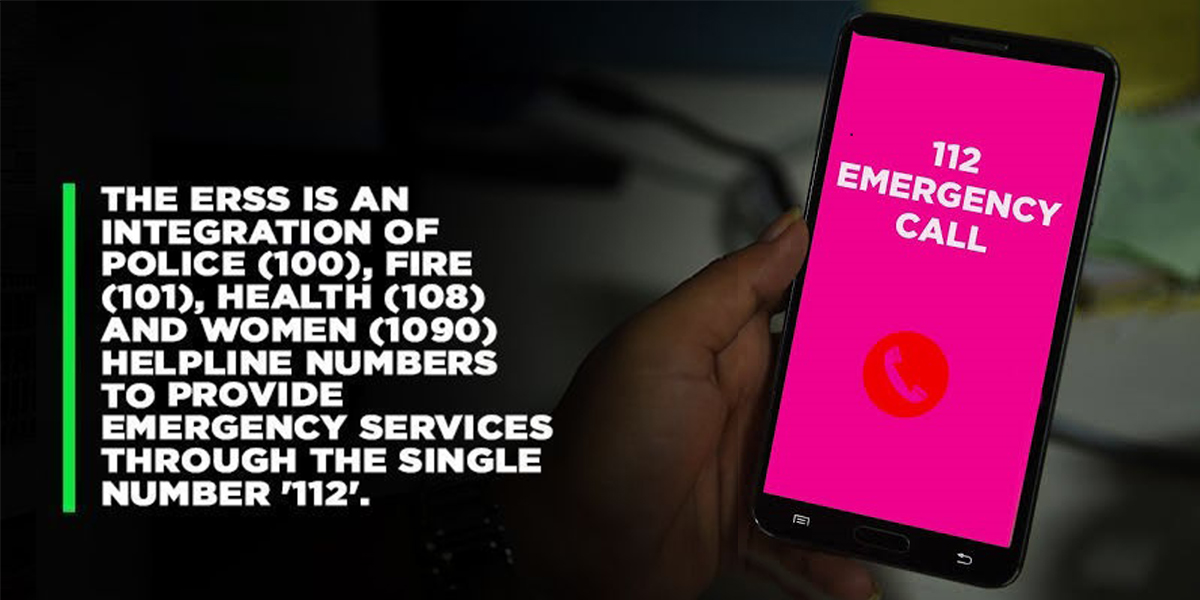 A helpline 112 is a result of this vision and an initiative of Govt. of India under the Nirbhaya funds for ensuring the safety of women and children.

Helpline 112 is an app facilitated in all kinds of phones (android and iOS). The app requires registration along with your details, like; phone number, state, shows current location and asks for what kind of help is required. It offers not just safety registration for oneself but also gives a chance for volunteering with the initiative.

The participant in the initiatives are the Ministry of Home Affairs, Ministry of Women and Child Development, and Centre for Development of Advanced Computing. It is supported by other government initiatives like; Make in India, Digital India, India.gov.in, and mygov. It has been launched in the maximum number of states ,that are, Jammu & Kashmir, Punjab, Himachal Pradesh, Uttrakhand, Delhi, Rajasthan, Uttar Pradesh, Madhya Pradesh, Gujarat, Daman and Diu, Arunachal Pradesh, Mizoram, West Bengal, Maharashtra, Chattisgarh, Andhra Pradesh, Telangana, Goa, Puducherry, Kerala, Tamil Nadu, Lakshadweep. www.ners.in/states

The app consists of various options like Women Safety, Child Protection, Fire Alarm, Medical Emergency, Need Police, and Location Lost. Henceforth, all the existing emergency numbers like 100 (police), 101 (Fire and Rescue) and 108 (ambulance), 181 (Woman and Child Care), etc. will be integrated into the unified number 112.

Counting from various kinds of mishaps such as road accidents, eve-teasing, delay by the helpline assistance, or traffic on roads contributing to delay in reach or operation itself and thus resulting in death, sexual torture, sexual violence or rape, etc. are some of the daily occurrence in a country like India.

It is high time that we increase the number of similar initiatives so as to ensure the safety of citizens from the ever-increasing crimes in the country. 112 is one such helpline by the government promising speedier and technologically viable response in controlling the crime and providing improved services, leveraging technology.
Copyright © 2022 Social Media Matters. All Rights Reserved.