Ranjani Arvind YOLO 01 July 2020
#NorthEastMatters is an initiative of the larger YOLO (Youth Online Learning Opportunities) Campaign to understand the experiences of people from the north eastern states who travel out of the region for education and professional purposes. Many issues affect these people, such as difficulty in finding accommodation, eve teasing, discriminatory statements made towards them, and the aim of this campaign was to understand these experiences and highlight these so as to raise awareness. 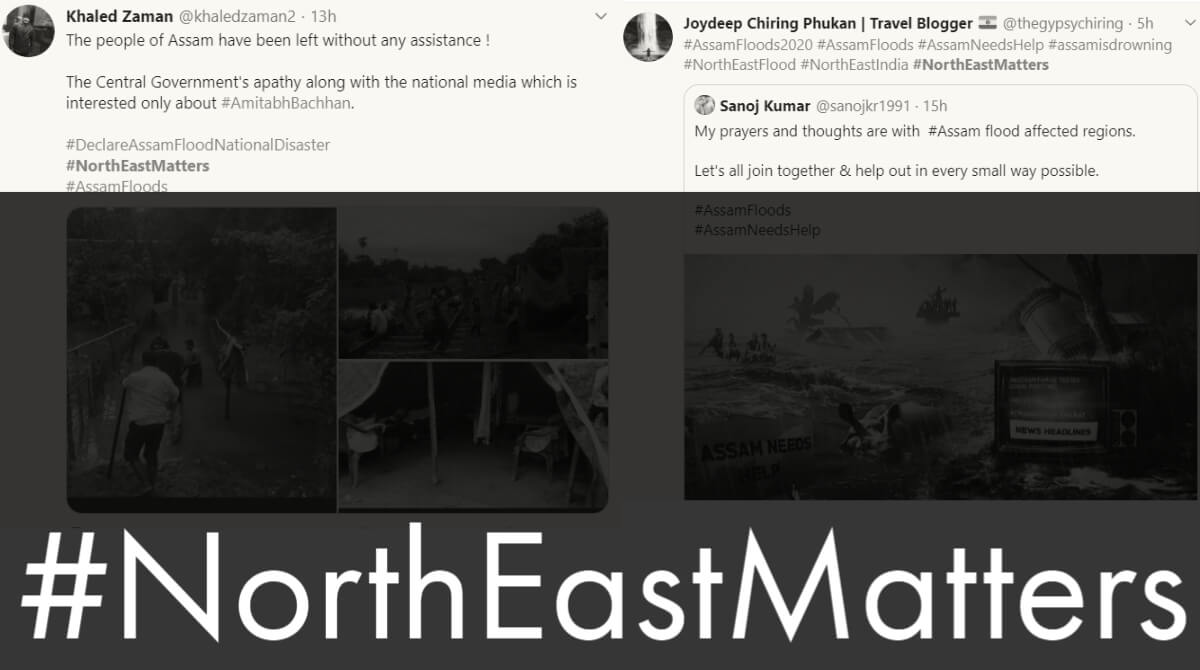 Many volunteers across India are associated with this campaign. They regularly post content on all major social media channels, creating memes and graphics to bring attention to issues concerning the North East.

One of the key highlights of this initiative has been our connect with influencers belonging to the North East. We hosted two Instagram Live sessions, with actors Mr Adil Hussain and Ms Dipannita Sharma, who are from Assam, and who later moved to Delhi and Mumbai for professional purposes. Mr Adil Hussain spoke of the need for institutes dedicated to arts and crafts, in the North East, so that it can be pursued as a serious career option among youth in the region. This, he felt, could result in cultural exchanges within and outside the country, thereby leading to reducing violence and unrest to a great degree. He also spoke of depiction of the North Eastern culture in mainstream movies and television series, and how this can help in generating awareness regarding the region and reducing negative stereotypes.

Ms Dipannita Sharma discussed the false notion of an “Indian” look, and how there is a need for the glamour industry and society in general to not glorify a particular look; rather the entire spectrum of features and skin types should be considered when speaking about beauty, and specifically casting in movies and advertisements. She talks about the need for ‘acceptance’ towards the North East, and for them to be viewed as much a part of the country as any other person.

Both actors shared their experiences of being from the North East, and how people from the region are perceived across India. They also shared their solidarity towards this campaign. As part of this initiative, we also raised awareness regarding the Assam Floods on social media , as we realized that mainstream media was not highlighting it or even talking about it significantly. On 24th June, there were a multitude of social media posts by volunteers of the program, across various channels (Facebook, Instagram and Twitter) regarding the floods. Similarly, on 16th July, we went on to create a “Twitter Storm”, wherein for one hour memes and tweets regarding the floods. This led to #NorthEastMatters and #AssamFloods trending at number 1 on Twitter in the North Eastern States, and number 27 on Twitter across India.

The concept of North East has a separate entity, different from rest of India, has been around for decades. With geographical boundaries being rendered incompetent in today’s times of internet and social media, it becomes relevant for the region to be getting its due importance, and for others to understand cultural and historical significance of the North East, to India’s vast heritage.
Copyright © 2022 Social Media Matters. All Rights Reserved.